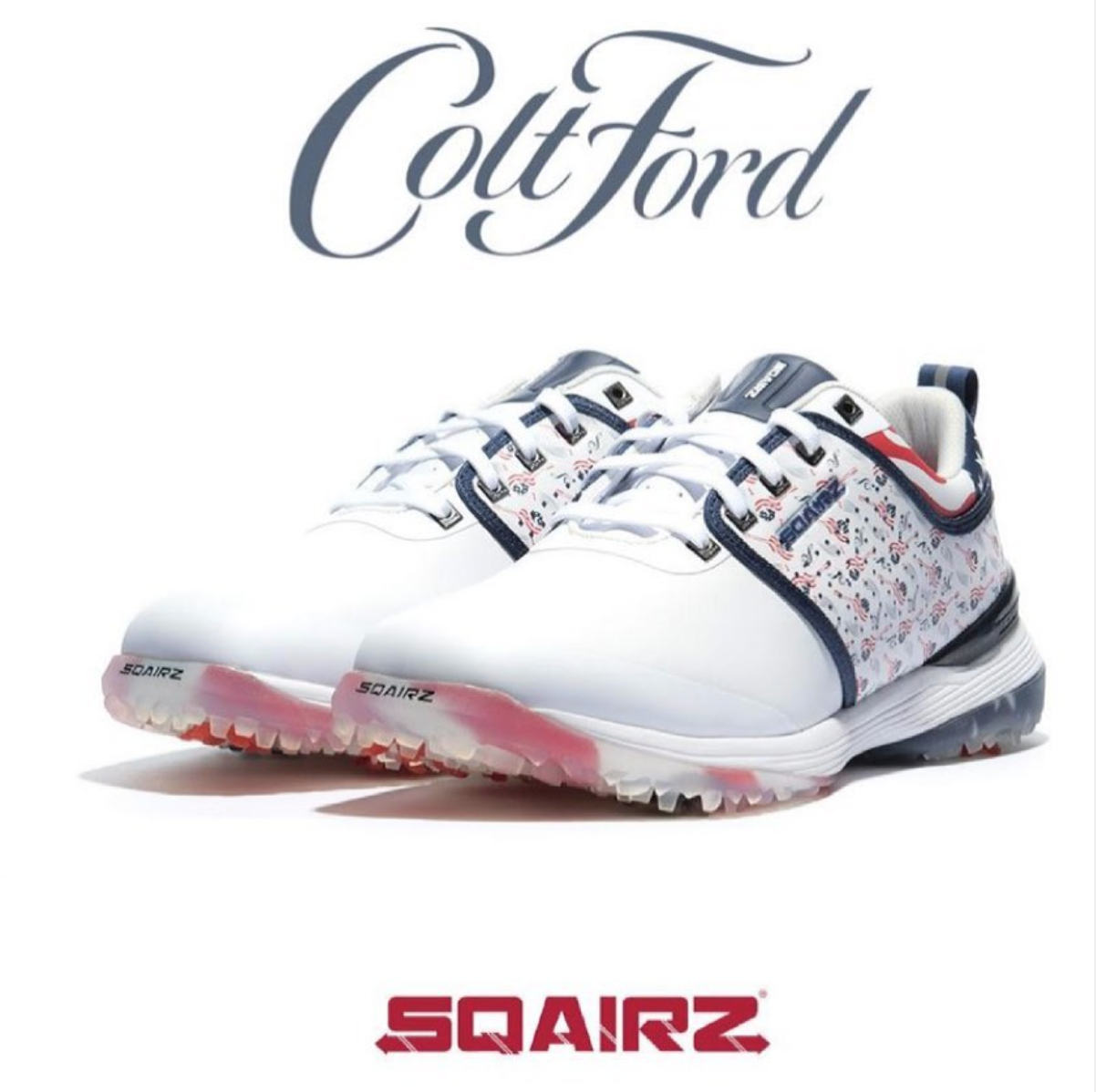 SQAIRZ, the fastest growing golf shoe company, announced today the launch of a new line of golf shoes called “Country Sole” created in partnership with country music star Colt Ford.
Ford, a well-known former professional golfer, is now an established country music star and co-founder of a diverse entertainment company, Average Joes Entertainment. Since 2008, Colt has written two #1 singles and released seven albums, 21 singles, 31 music videos and four gold records. His #1 album, “Declaration of Independence,” topped the Billboard Country Top Albums chart.
The Country Sole brings together the heart and soul of America, Country Music and Golf. The shoe features red, white, and blue acoustic guitars on the side and the word “USA” on the sole and bootstrap. It also features all the patented golf shoe technology that allows SQAIRZ to achieve greater distance compared to other golf shoes on the market.
When asked how the collaboration with SQAIRZ began, Colt replied, “Born with flat feet, I have always had foot issues. I reached out to SQAIRZ’s CEO, Bob Winskowicz, and asked about his shoes. Once I put them on, not only did my foot pain go away, but I hit the golf ball a little further and a little higher!” He continued, “One year later, I am so proud to be an Ambassador for SQAIRZ and to be part of the design of the Country Sole… If you want to have the best golf shoe you have ever worn, you found them. I will never wear anything else.”
“I couldn’t imagine a better person to work with on the Country Sole,” said Robert Winskowicz, SQAIRZ’s founder and CEO. “Colt Ford is an icon in the country music world and represents what America is really all about – being independent, finding success on your terms and giving back to your community. We’re so proud to offer the Country Sole and to work with Colt on such a special pair of golf shoes.”
Colt Ford has used almost every brand of golf shoe sold on the market during his years on the PGA and PGA Senior Tour, continuing to this day, so he knows what a difference SQAIRZ shoes bring to the game. In both his professional golf and music career he has put his creativity and unique sense of style into everything he does, and the Country Sole is no different. The Country Sole will be available for purchase at SQAIRZ.com on March 25, 2021.
When asked why he decided to partner with SQAIRZ, Colt responded, “When I’m out there on the course, I want to know that I’m doing everything I can to play my best, and that includes wearing the right golf shoes. There’s no doubt that SQAIRZ are giving me the best ground force connection possible and that lets me get more club speed and distance. After trying out SQAIRZ and seeing the immediate impact on my game, it was a no brainer when I was asked to partner on the Country Sole.”
Back