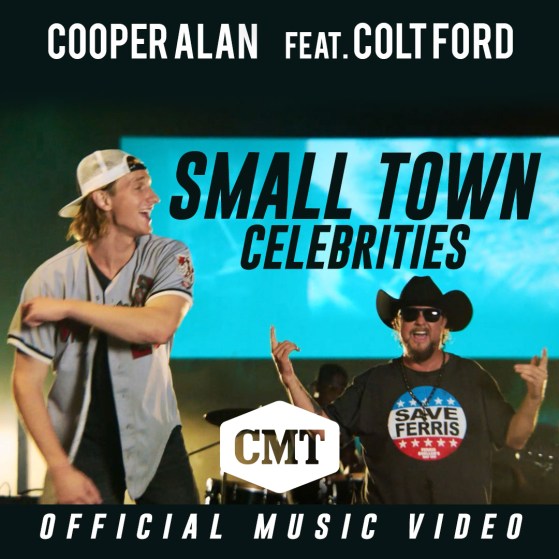 Cooper Alan pairs with Colt Ford for “Small Town Celebrities,” his latest track and video. Regarding the clip, it’s the first of his career, so being able to highlight as much of his own authentic self — while also featuring Colt Ford — was incredibly important.

Concerning Ford, who has a co-writing credit on Brantley Gilbert and Jason Aldean’s “Dirt Road Anthem,” plus being the only artist to ever achieve number-one Billboard Top Country Albums and Top Rap Albums, appears throughout the clip, notably in the sections filmed at the drive-in theater. Regarding his involvement, Alan says that he was “super excited” to have an “unforgettable” moment alongside Ford.