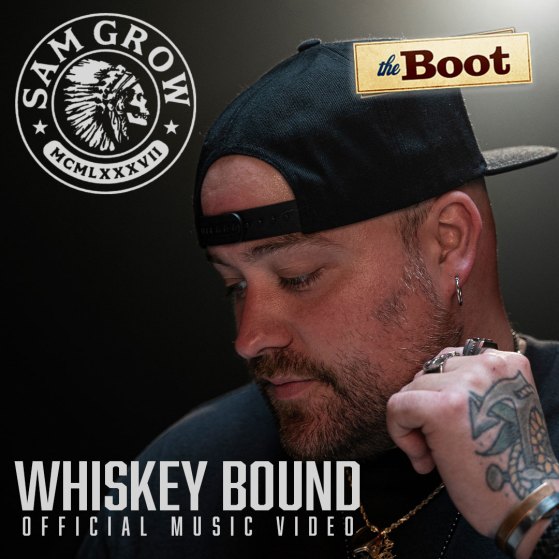 “Sam Grow knows the cure for heartbreak: a night out with friends. And where better to get over an ex than Nashville’s famous Lower Broadway?

Grow’s new “Whiskey Bound” music video — premiering exclusively on The Boot — chronicles a bar-hopping party in Music City. The Julian Mendoza-directed clip follows a group of revelers who spend a night “cheers”-ing away their problems; Grow’s performance, meanwhile, was filmed at a studio in East Nashville.”