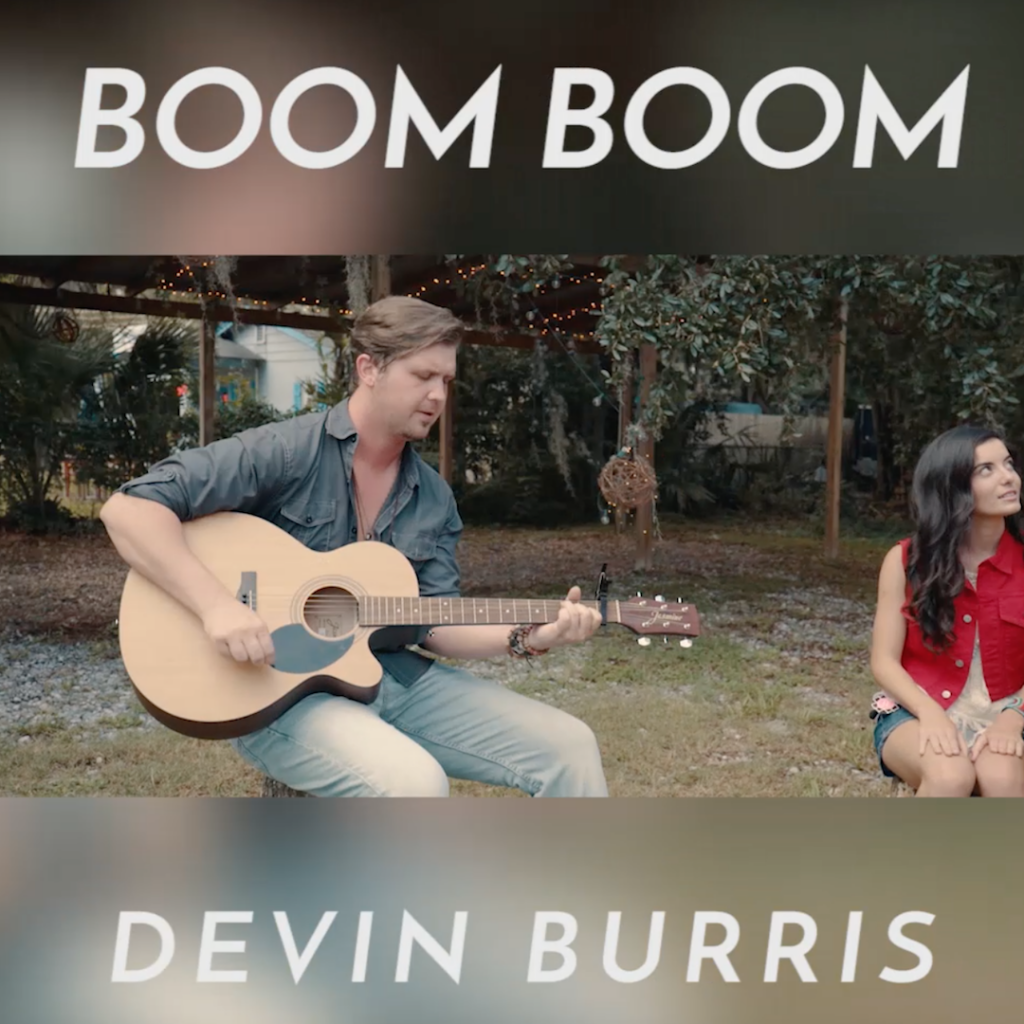 “Fueled by rustic guitar and the powerful punch of Devin’s voice, “Boom Boom” shines a light on the young songwriter who grew up in Georgia. The video was shot in and around Brunswick, GA and was produced by Hideout Pictures. With the help of the local media (WYNR 102.5, 107.7 The Fox, and The Brunswick News) the video shoot brought together old fans and new alike for a fun-filled day of music.

Burris is a talented singer-songwriter who often blends a mesh of modern pop, rock, and country into an infectious delivery all his own. He is also a gifted musician, who plays guitar, piano, drums and trumpet.  He says his music simply represents the stories of his life….”