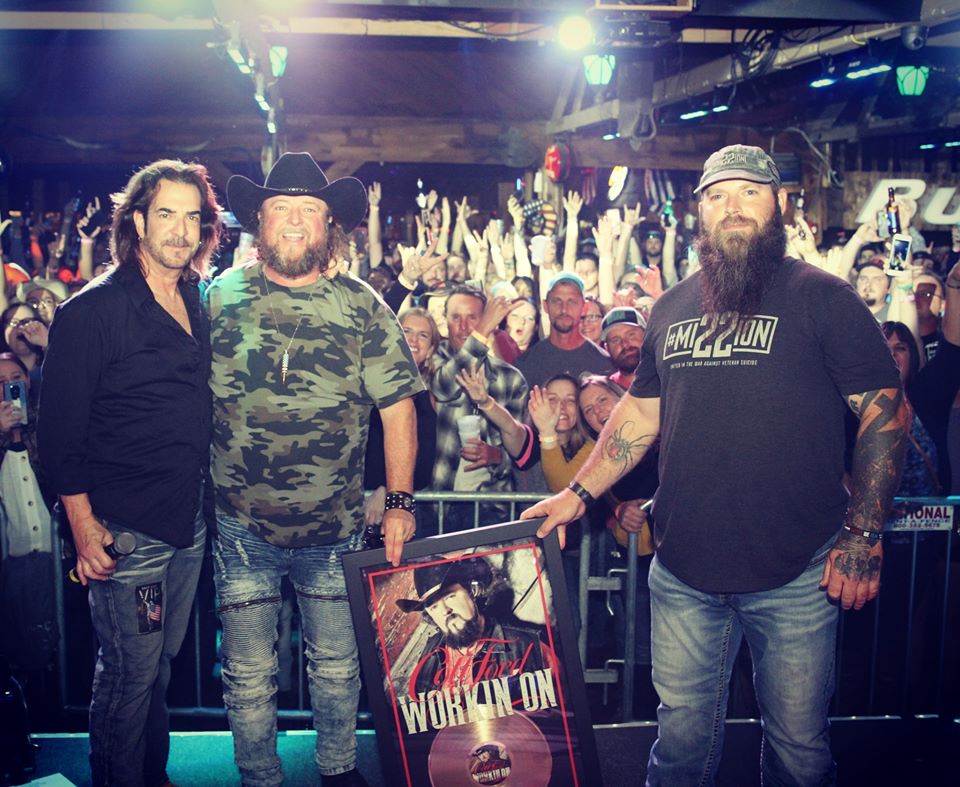 Country Star Colt Ford’s “Workin’ On,” an honest song that illustrates overcoming life’s challenges and hardships, was certified gold for sales of more than 500,000 singles sold. Written by Walker Hayes and Doug Waterman, the song was released on Ford’s #1 Billboard album, “Thanks For Listening.” Ford was presented with an RIAA certified plaque Saturday night (November 23) in Sanford, Florida to commemorate the milestone.

The Lone Survivor Foundation, whose mission is to restore, empower, and renew hope for our wounded service members and their families through health, wellness, and therapeutic support, was the recipient of a donation from the download sales of the single. The riveting “Workin On’” mini-film showing the perils of PTSD has garnered more than 31 million views making it the most consumed video of Ford’s career.