Carter Winter’s “Love Like I Drink” is Available Now 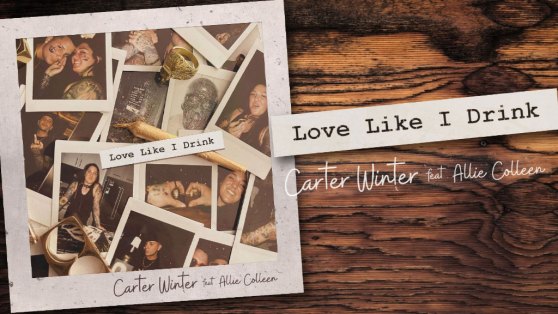 Winter and Colleen have been performing “Love Like I Drink” together on select dates this summer. Plans are in motion for the artists to tour together this fall.

Often called “country music’s modern traditionalist,” Winter connects with an audience through a fresh sound that, like Carter himself, is surprisingly familiar, yet raw and honest. The Ohio native’s first EP, “Some Kind of Fire,” was released in 2015, and was followed by 2016’s “The Whiskey In Me.” Winter released his most current album, “Temptation,” in 2018. He is currently writing and recording songs for his next album set for release in 2022.