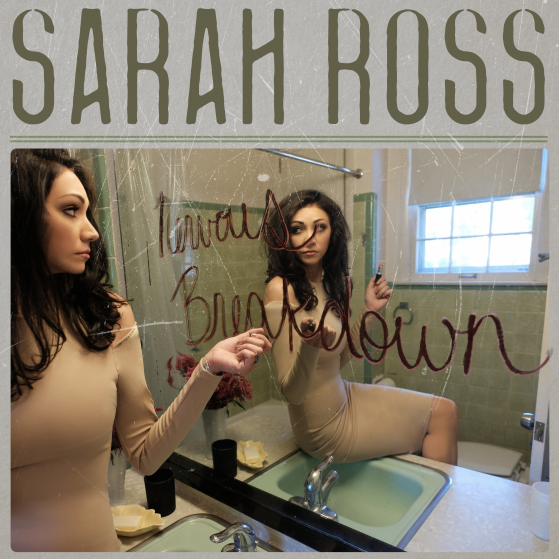 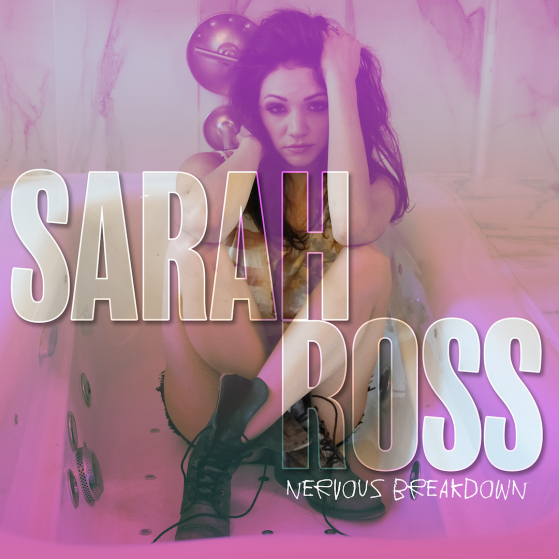 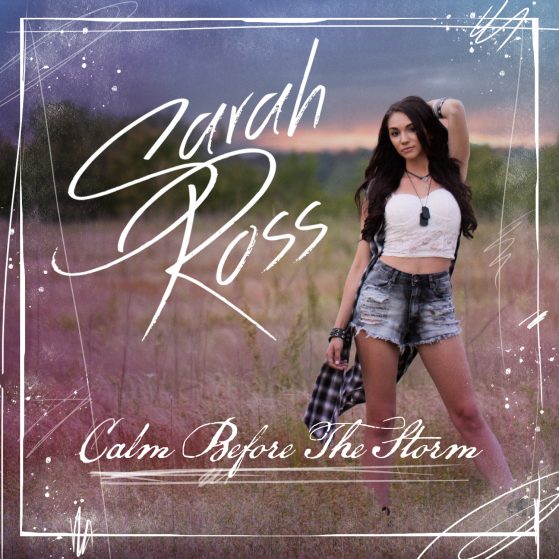 Calm Before the Storm

Look up the word “surprise” in the dictionary and you’ll find a picture of Sarah Ross.

Why? Well, first of all, she grew up in New Jersey … not on the piers of Asbury Park but on a blueberry farm.

Her performance on American Idol inspired Nicki Minaj to predict that she was destined to become a “humongous country star” and Mariah Carey to laud her “beautiful voice” … even though she wasn’t sure she wanted to sing professionally at the time.

By the same token, it never entered her mind to create original material … until a beloved neighbor and longtime songwriter she calls Uncle Larry, now 97 years old, showed her a video in which he recited a poem he had written the year she was born. Moved to tears, Ross decided eventually that maybe she had something to say as a songwriter too. Thank you, Uncle Larry.

Feminine and self-assured, fetching and funny, she got signed to Average Joes, a label better known for macho male country/rap performers. When not singing with her distinctive command of melody and rendering a lyric, she could more than hold her own in a rhymer’s duel.

Now she’s about to release Nervous Breakdown, an extraordinarily honest EP on which she lets the darker sides of her imagination into the light. As she sings “you left me cold in Kentucky with a warm glass of whiskey at night” (“Headed For A Goodbye”) or “I’m the one you must be missing when you get drunk ‘cause now you’re calling me up” (“Doin’ Just Fine”), you get the sense that loss and heartbreak aren’t just themes in her writing — they’re actual slices cut from her life and poured into song.

See? One surprise after another.

“Honestly, I’ve gone through a bunch of stuff throughout these past few years,” she admits, with a cheerful candor that’s surprising yet again. “So this music is a release, a fresh start. It represents my personality. So many of us are like, ‘Everything is OK.’ We only show what we want people to see whether on Instagram or in person. It’s nice to be able to show my harder and softer sides, to express my thoughts about what goes on in relationships and to say, ‘This is me.’”

That picture resonates mainly because Ross has never tried to conform to expectations, personally or professionally. True, she grew up loving music, country music especially. But while other future stars were singing in public and mapping out career strategies in their teens, Ross never gave a thought to following that path. Instead, she was content to take dance lessons, play t-ball and softball and just sing for her own amusement around the house. So it wasn’t until she was around 15, when her mother noticed that Sarah was starting to sound pretty amazing, that things started to change.

“She said, ‘Why don’t you get singing lessons?’” Ross recalls. “I said, ‘Heck, no! I don’t want to sing in front of anybody!’ But on my 16th birthday she took me for my first vocal lesson with Sal DuPree.”

Having previously coached a bevy of talented singers, including the woman the world knows now as Pink, he spotted Ross’s talent immediately. She started winning regional competitions, though she still wasn’t sure she wanted to make a career out of performing — at least not until her mother announced that she had signed her up to audition for American Idol.

Her appearance in the national spotlight caught the eye of Average Joes’ founder/producer Shannon Houchins. He alerted the label’s first superstar, country-rap innovator Colt Ford, who agreed to call the young contestant and invite her to come to Nashville for a meeting. They proved a perfect match, precisely because neither seemed at first glance to fit the other.

“Rapping wasn’t my favorite thing to do but I always appreciated and respected it because it did give me a foot in the door,” Ross says. “I got a lot of backfire when I recorded ‘You’re No Good,’ with a rap in the middle. Some people hated it. But the important thing was that I could take a chance creatively. I have the liberty to do whatever I want.”

Right there, that’s the essence of Sarah Ross. She does what she wants, in life as in music. Nervous Breakdown makes that clear, right from the first line of the title track: “Two weeks all she’s had for lunch is diet pills and Captain Crunch.” Written by Shane McAnally, Kacey Musgraves, Trevor Rosen and Brandy Clark, “Nervous Breakdown” is one of the two songs on the album that Ross didn’t write. Yet it perfectly frames every moment that follows.

“Out of every song I’ve ever heard, this is the only one I wish I had written,” Ross says. “And it’s relatable because we’ve all had nervous breakdowns.”

Just as important is that it begins a saga of sorts, each song opening a door to the next: The sharp burn of heartache continues on “Headed For A Goodbye,” which gives way to a more empowered bitterness on her passionate duet with Danny Worsnop, lead singer with Asking Alexandria and We Are Harlot, on the R&B-steeped, “All I Want To Know.” A more positive profession of love follows in a more traditional country setting with “Love This Strong” and then, triumphantly, she sweeps the source of her pain out of the way on “Doin’ Just Fine.”

We might add that the last step in this project was for Ross to check in with her friend Uncle Larry. Was she being maybe too direct with these lyrics? Was it a risk to share everything through her music like this?

“And he told me, ‘Do you think Willie Nelson or Hank Williams would have said ‘This song is too edgy?’ Hell, no! Just do it!”

And so Nervous Breakdown is exactly what Ross has always wanted to do and her fans have wanted to hear — her first full flowering as an artist of unusual courage and a performer who is ready to step into the light free of compromise, on her own.

That, we can see now, is no surprise at all. And, again, thank you, Uncle Larry.

Look up the word “surprise” in the dictionary and you’ll find a picture of Sarah Ross.

Why? Well, first of all, she grew up in New Jersey … not on the piers of Asbury Park but on a blueberry farm.