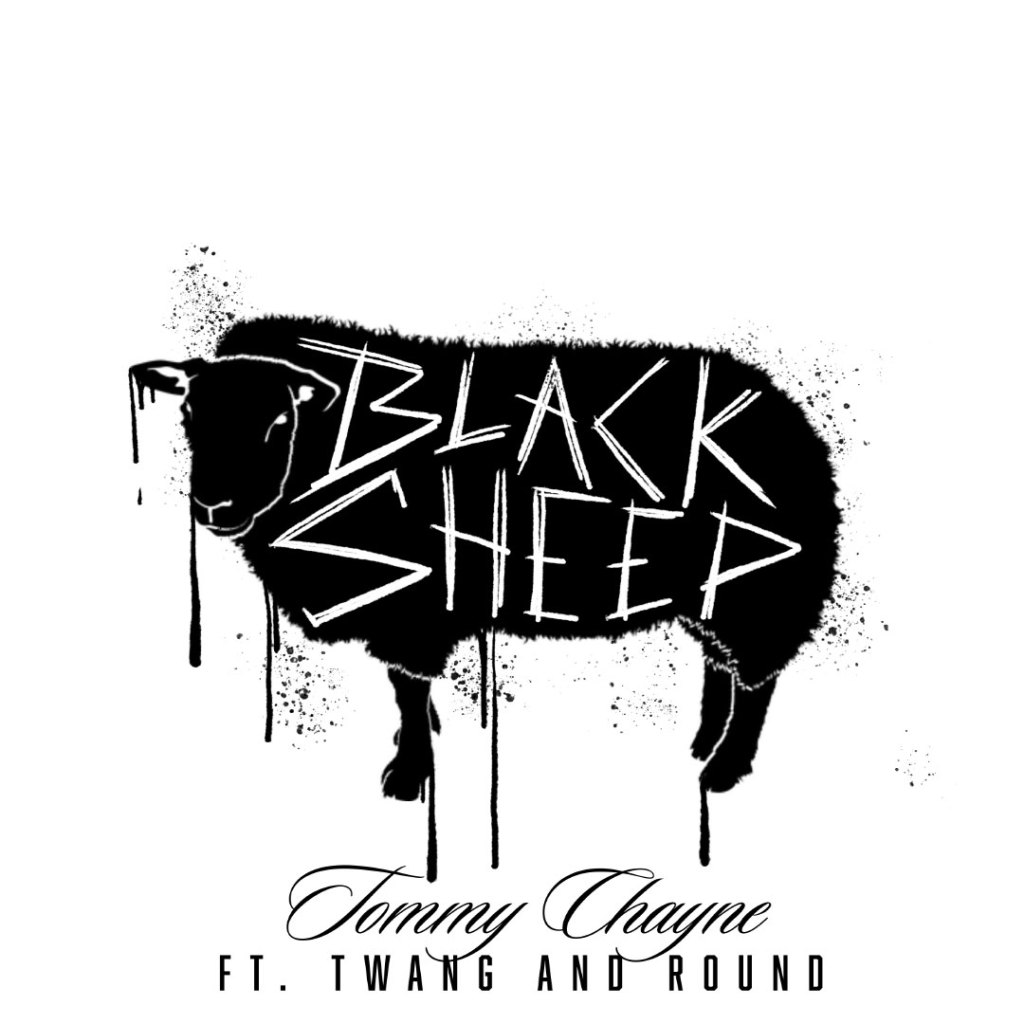 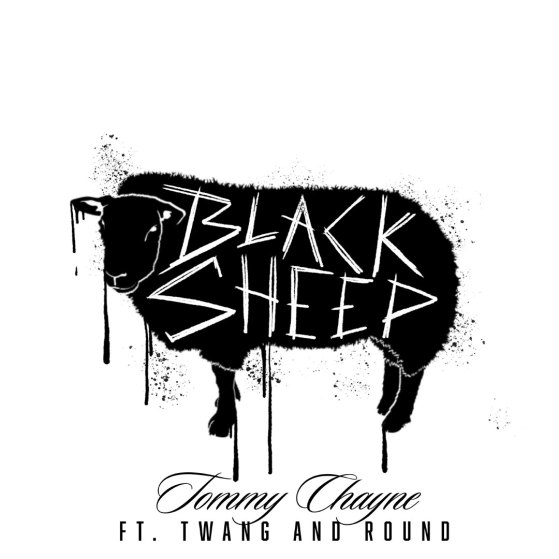 Tommy Chayne’s legacy continues with the posthumous release of “Black Sheep“ featuring Twang and Round. “Black Sheep” is an anthem for all those “hard-headed” people who represent the black sheep of the world. Whether you loved him or hated him, Tommy Chayne was never one to let the opinion of the others change who he was. 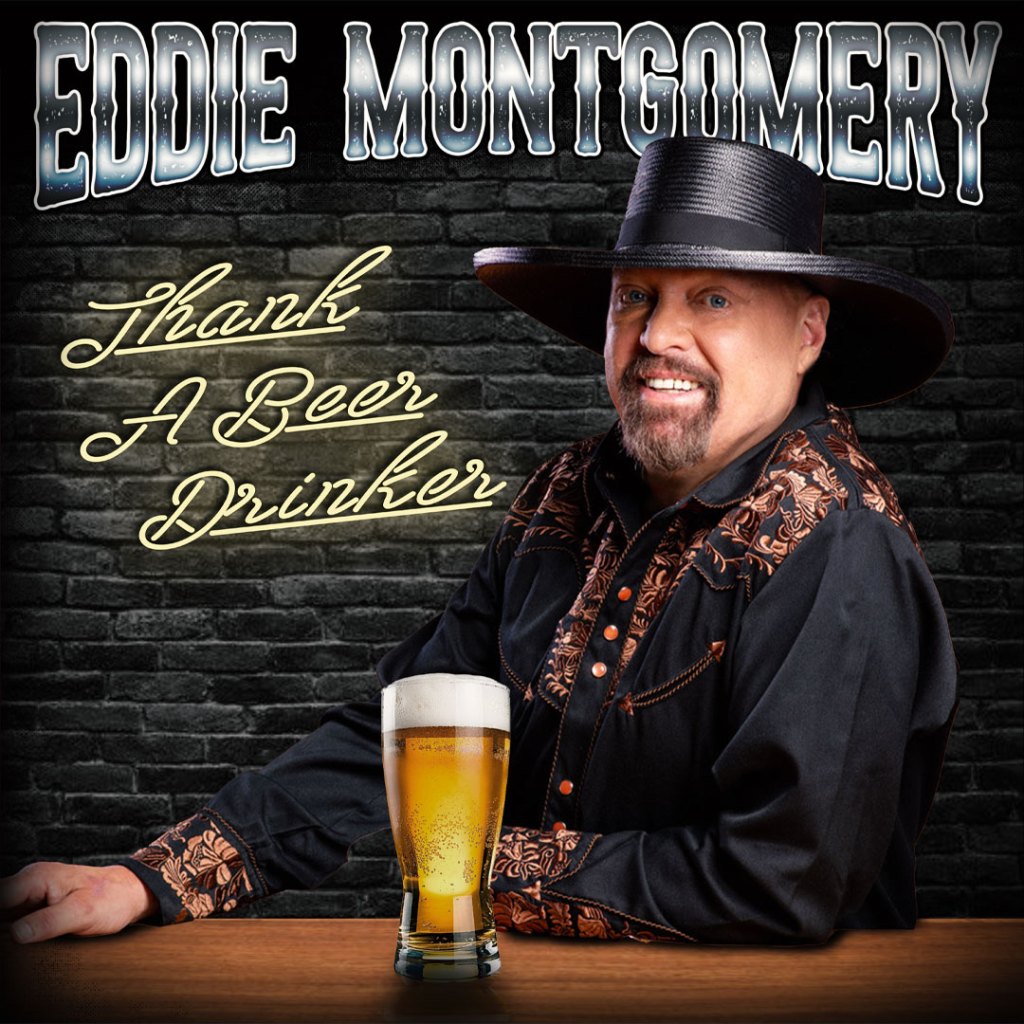 “Thank A Beer Drinker” with Eddie Montgomery in His New Single 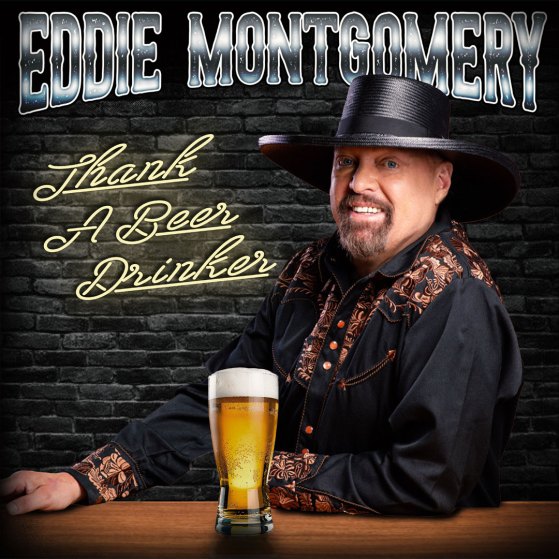 Eddie Montgomery salutes blue-collar men and women around the world with the release of his new single “Thank A Beer Drinker” out now via Average Joes Entertainment. Written by Wynn Varble, David Lee, and Don Poythress, the single puts a spotlight on hard-working patrons that are often forgotten about and highlights their essentiality to our society and infrastructure. “Thank A Beer Drinker” is now available for download and stream on all digital platforms! 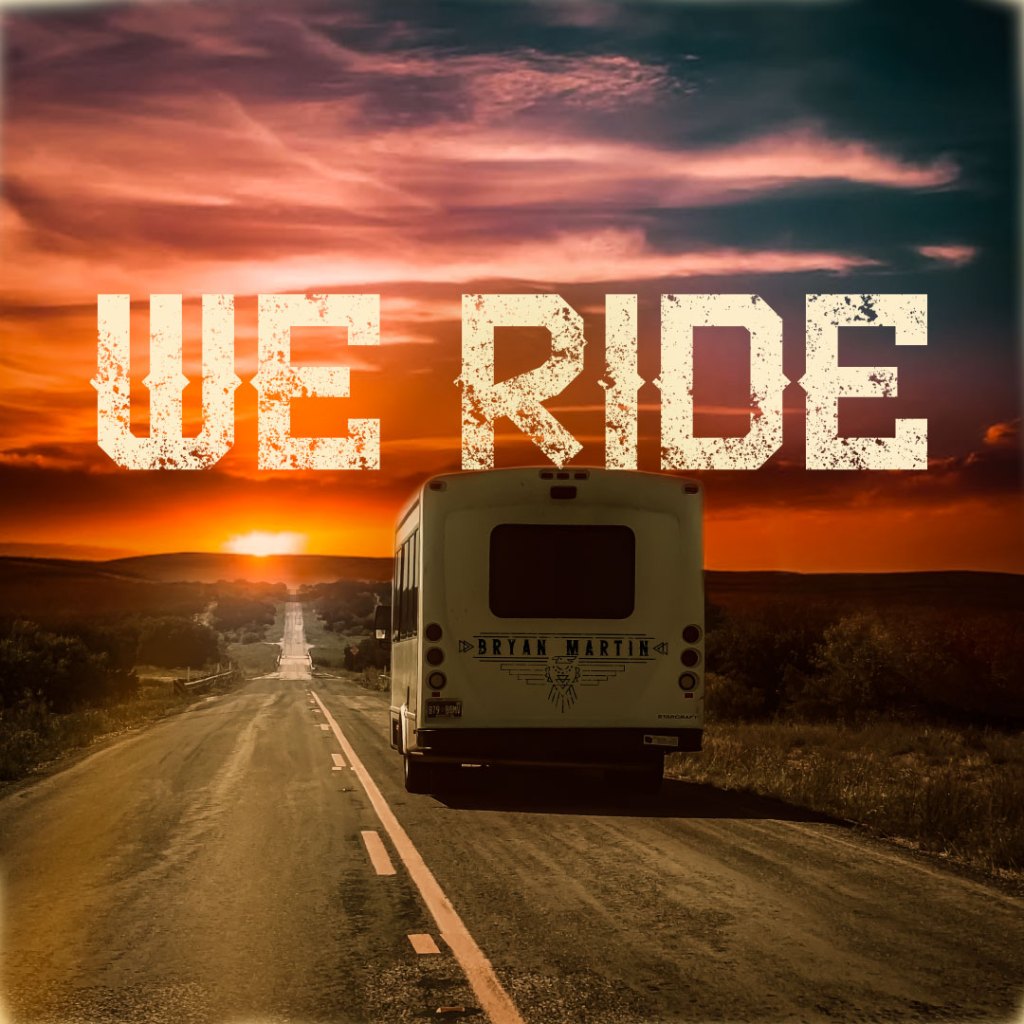 Bryan Martin Saddles Up for His New Single “We Ride” 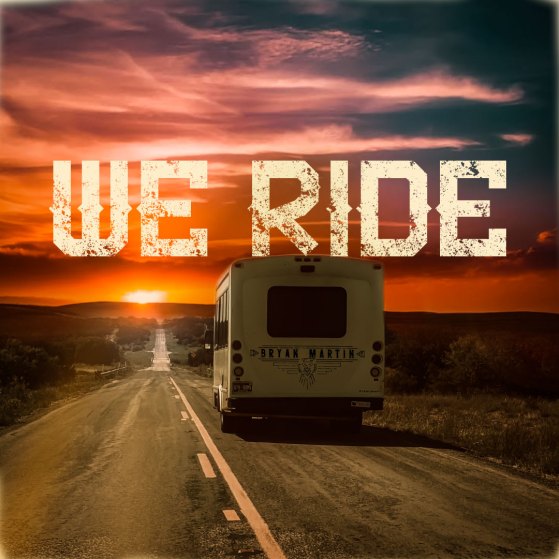 Country music craftsman Bryan Martin has released his highly anticipated new single “We Ride” along with an official music video directed by David Piersaul. “We Ride” serves as the contemporary interpretation of Highwaymen’s renowned hit “Silver Stallion” and tells the story of Bryan’s troubled past through tangible lyrics that anyone experiencing hardship can relate to. The single is coupled with a mesmerizing visualization that portrays a Bonnie & Clyde-like duo riding down old back roads as the “devil comes along for the ride.” The official video was premiered on Bryan’s YouTube channel and the single is now available for download and stream on all digital platforms here! 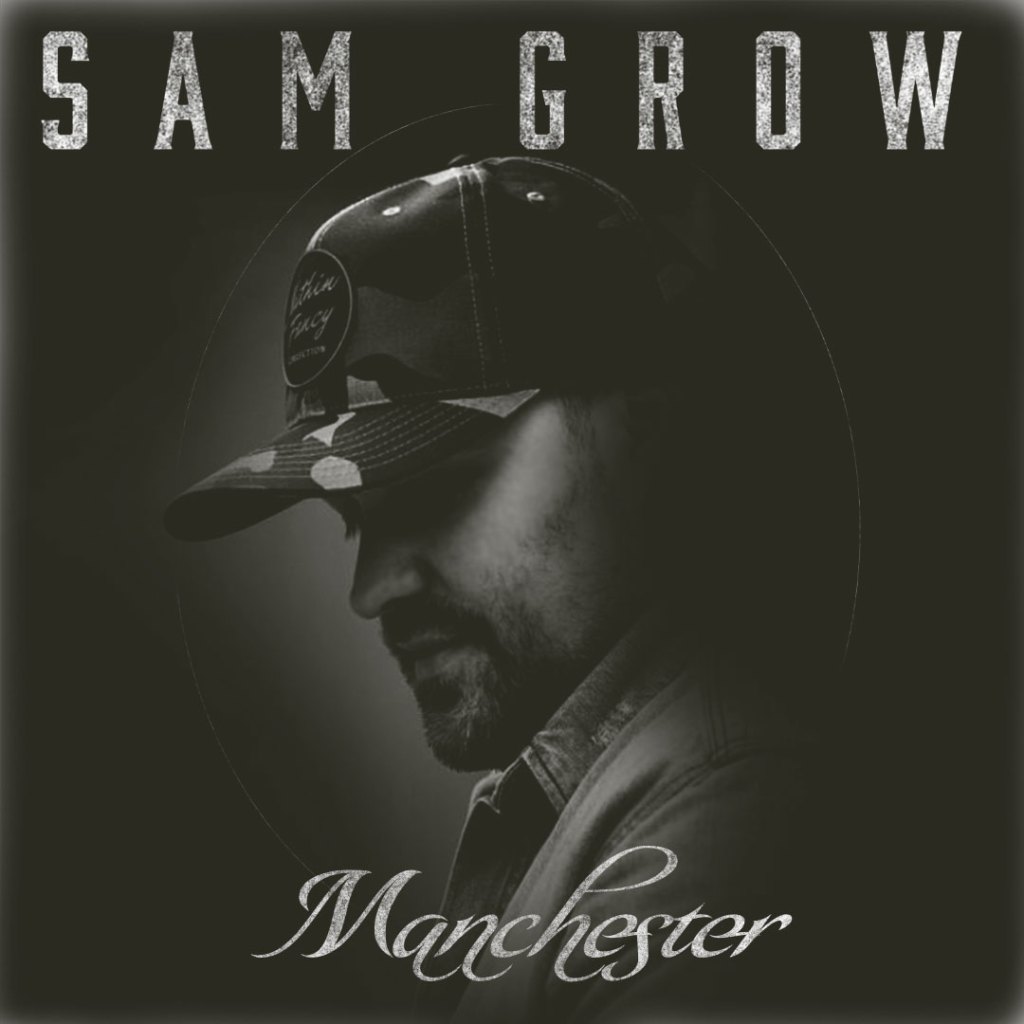 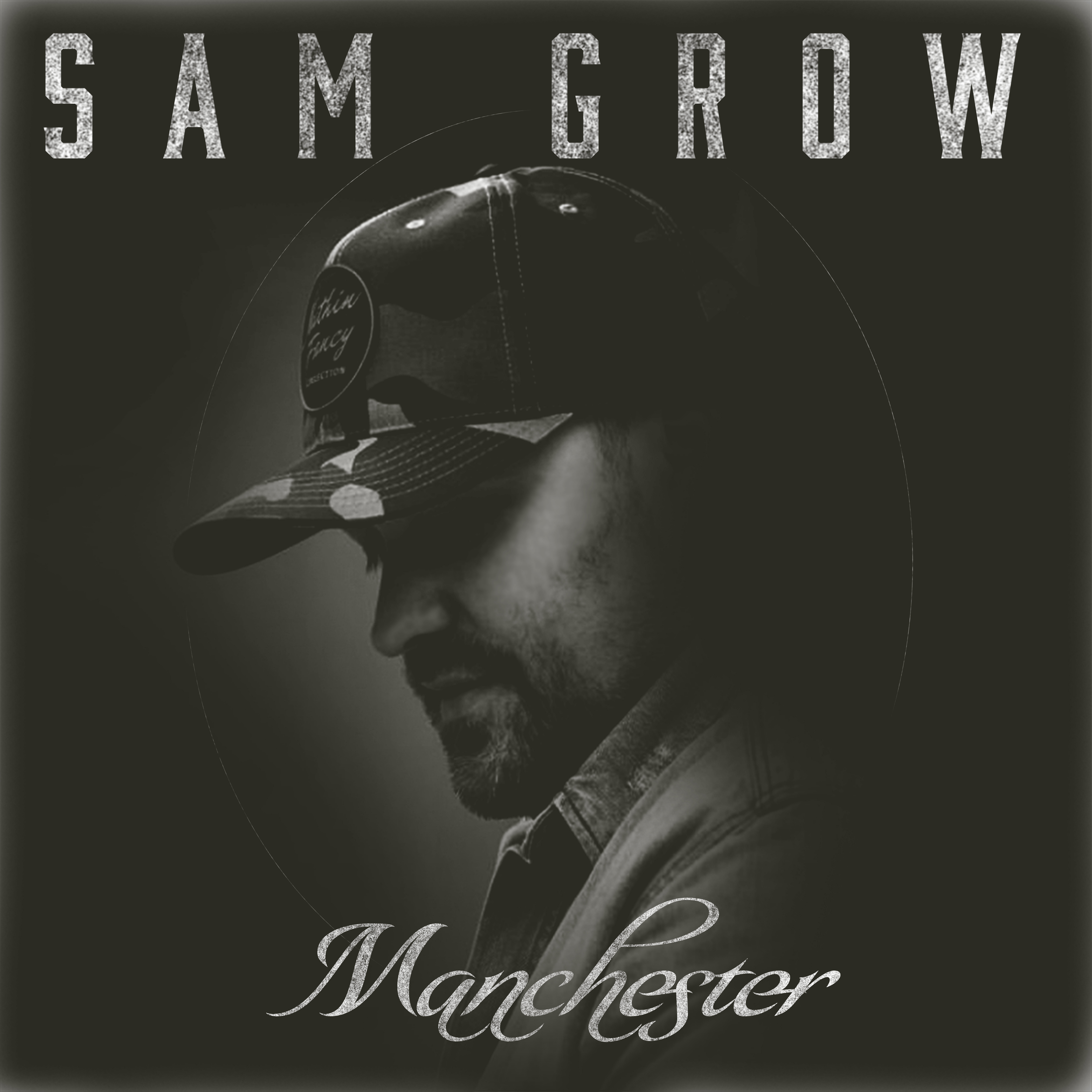 NASHVILLE, Tenn. – Skilled country music songsmith Sam Grow ushers in the fall season with the release of his third studio album, Manchester, available now via Average Joes Entertainment. Referring to Grow’s new hometown of Manchester, Tennessee, the album pays homage to his new community through gracious melodies and vivid storytelling. The project arrives featuring recently released single “Maybe” as well as eleven brand new tracks such as “If I Had It My Way,” “Cheap Whiskey,” “Without You,” and more. Manchester is available for download and stream on all digital platforms now!

“I always try to write songs and albums from a very real place. So when I was thinking of the album title, it just seemed right to pay tribute to the real place where all these stories and songs happened in,” shares Grow. “Manchester, TN is where I live and I’ve fallen in love with the people and the peace that I’ve found in this new little hometown of mine. I’m so proud of this album and I hope my community here is, too.”

Grow continues his knack for revealing his genuine emotions through sincere lyrics with “Good At Lyin’” where he admits that it “hurts to tell the truth” about his self-esteem when talking about a lost love of his, relating to anyone currently going through heartbreak. The acoustic music video for “Good At Lyin’” was premiered by Bridge Music Magazine. View the premiere of “Good At Lyin’” HERE.

“One of the first things that made me love country music was the sad songs. As a kid, after my parents got divorced, my Dad would play ‘It’s Getting Better All The Time’ by Brooks and Dunn on repeat. So when I got together to write with my good buddy Brice Long, I told him how much I missed those kinds of country songs,” shares Grow. “I had the title floating around in my phone for a while called Good At Lying – and Brice said without missing a beat – ‘cuz it hurts to tell the truth,’ and this song was born in all of maybe 40 minutes. I hope this one makes your heart ache in the best way possible.”

Manchester Track Listing
1. Live It Down
2. Staying Over
3. Without You
4. Truck In The Yard
5. Over Me By Now
6. Maybe
7. Good At Lyin’
8. If I Had It My Way
9. Past a Heartbreak feat. ACORN
10. Cheap Whiskey
11. Found Love
12. Bar Like This
To keep up with everything Sam Grow, visit his website and follow his social channels linked below.
Facebook | TikTok | Instagram | YouTube 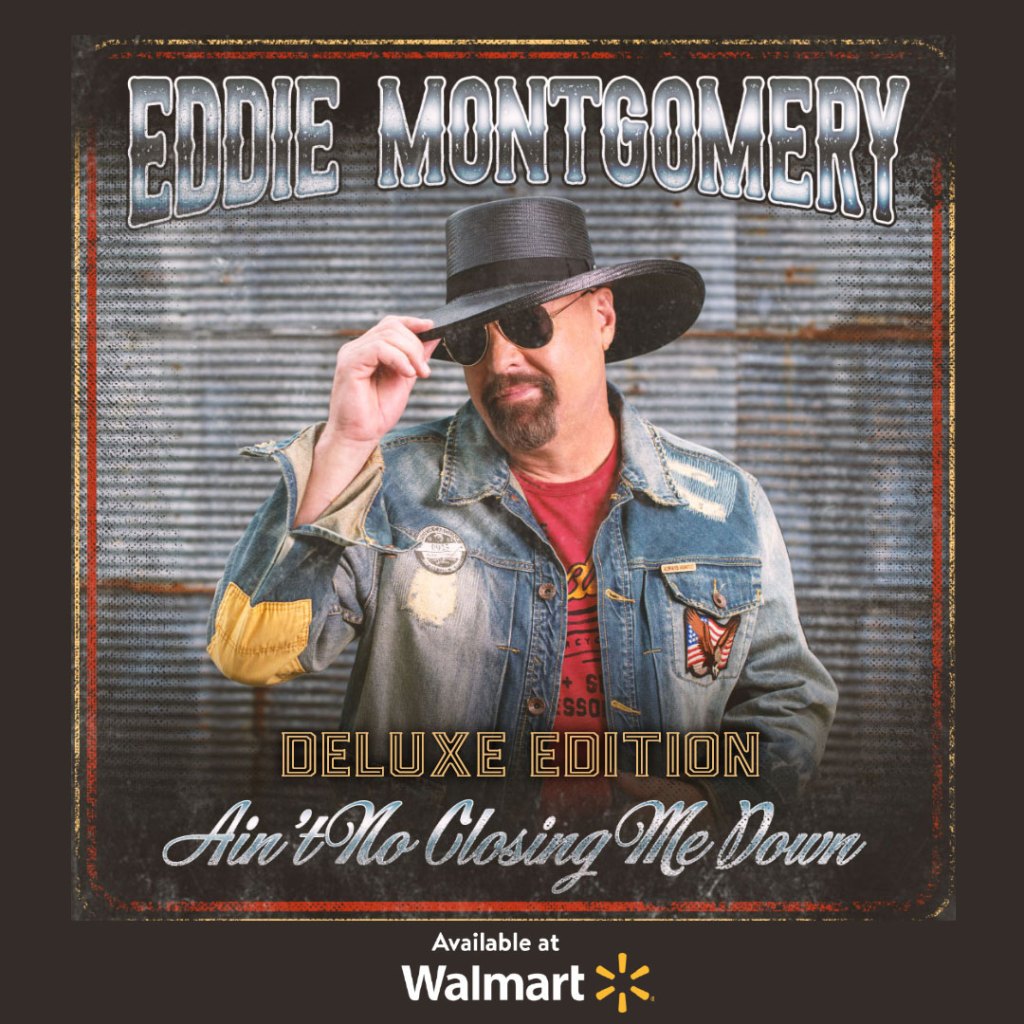 Country music superstar Eddie Montgomery has released the deluxe edition of his debut solo album Ain’t No Closing Me Down via Average Joes Entertainment. The 15-track project salutes his lost Montgomery Gentry bandmate, Troy Gentry, who was tragically killed in a helicopter crash in 2017, paying respect to Troy’s fabled music career and authentic character. The deluxe features three tracks never before sold on physical CD, “Price of Fame” featuring Tracy Lawrence, “You Piss Me All The Way Off,” and “Be Cowboy” (PBR Anthem). The 15-track CD is being sold exclusively at Walmart and is available in stores and online now!

Ain’t No Closing Me Down (Deluxe Edition) Tracklist

To keep up with everything Eddie Montgomery, visit his website 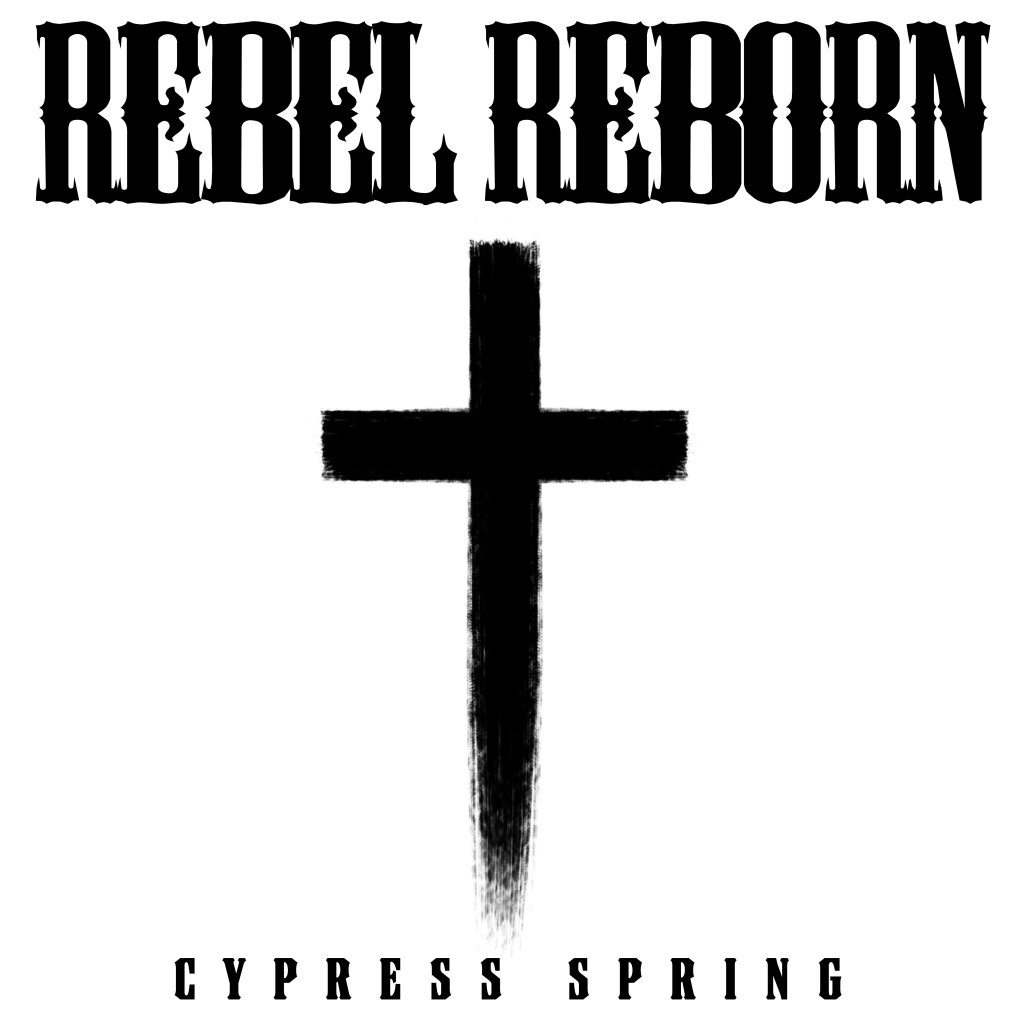 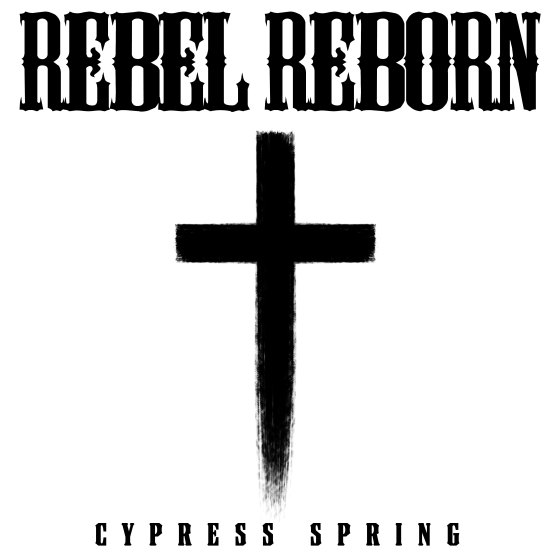 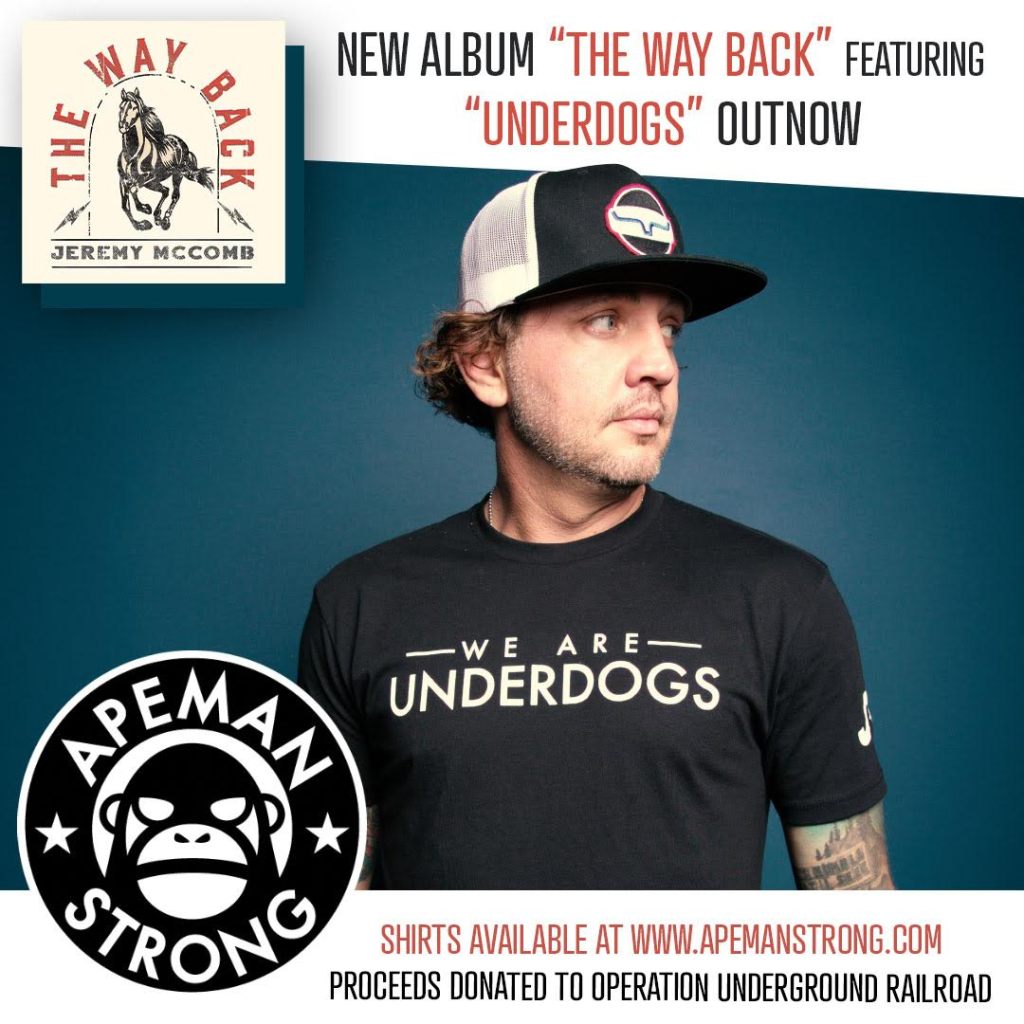 “We Are Underdogs” T-Shirts in Partnership with Apeman Strong 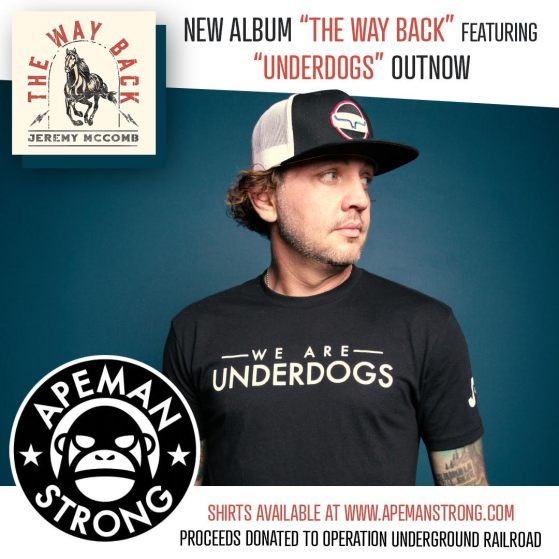 In partnership with Apeman Strong, Jeremy McComb created a “We Are Underdogs” t-shirt that will be sold with a portion of the proceeds donated to Operation Underground Railroad, an organization that fights to put a stop to child sex trafficking and exploitation. Human trafficking is a large-scale problem that requires large-scale solutions. The O.U.R. Ops Team implements a sustainable, ethical rescue model of direct intervention to bring freedom to victims of human trafficking and sexual exploitation. O.U.R. Aftercare supports survivors of human trafficking and exploitation in their healing process by meeting their individual needs. The “We Are Underdogs” t-shirts are now on sale and can be purchased HERE. 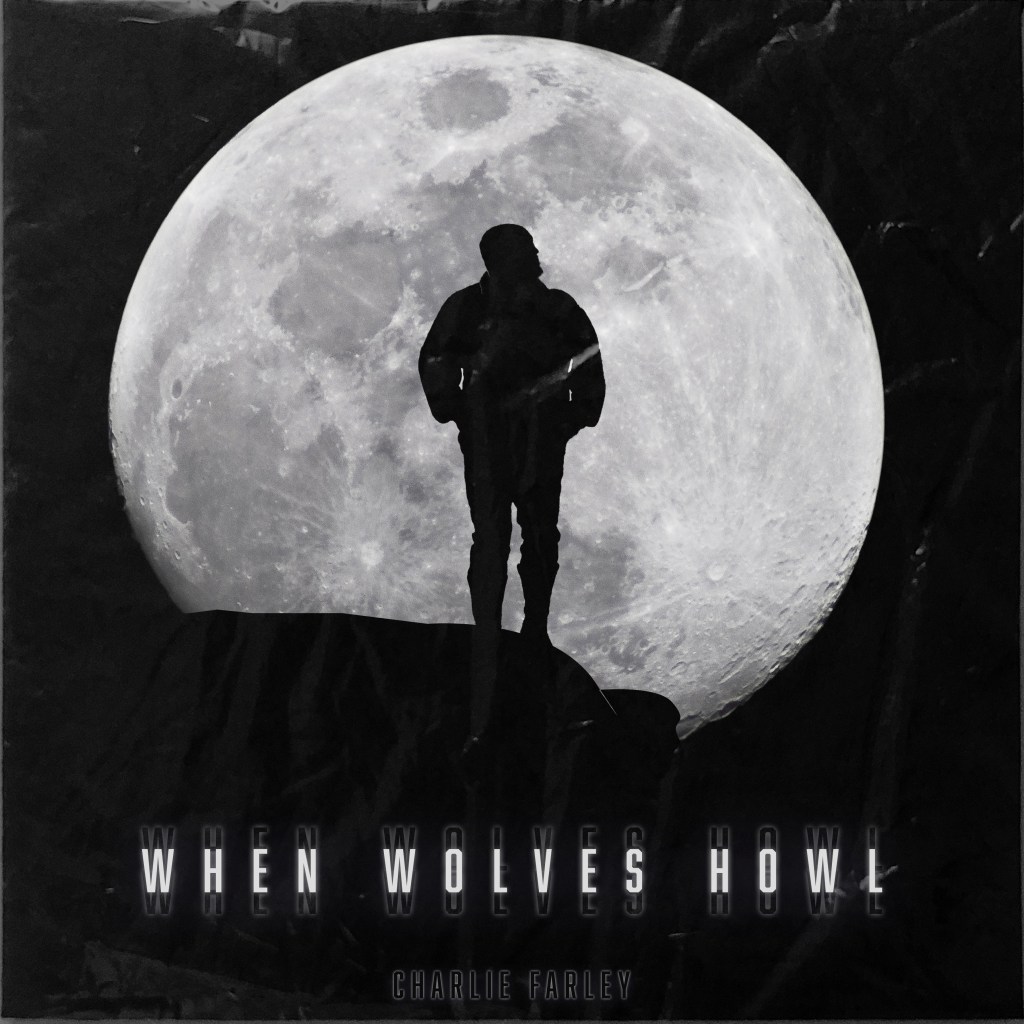 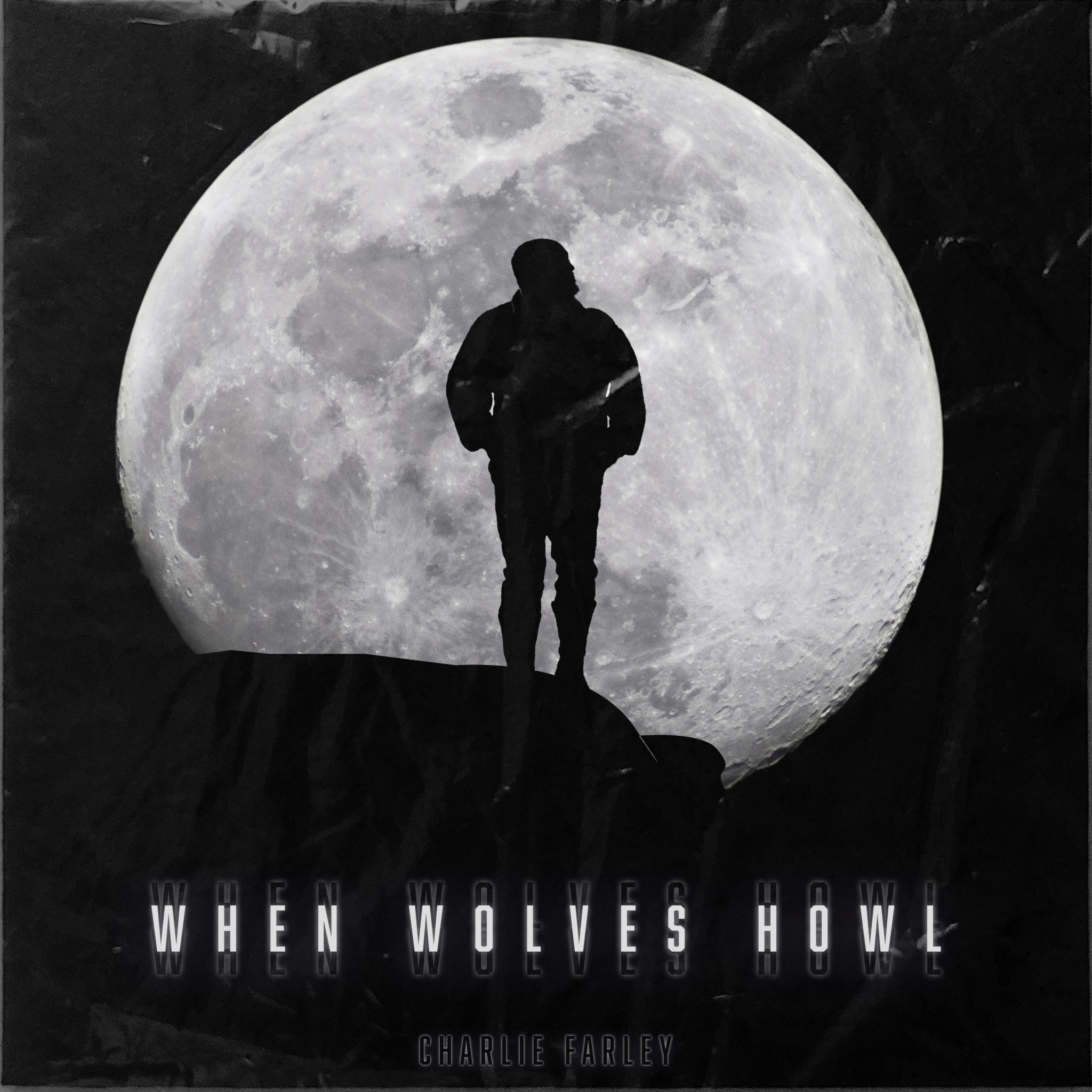 Charlie Farley brings his iconic sound that his fans know and love to his newest offering, “When Wolves Howl.” Farley warns his foes not to mess with him because when they meet “it ain’t gone go the way they think.” The beat is like a trance that takes you into another realm where “the woods shut down” and the wolves howl.